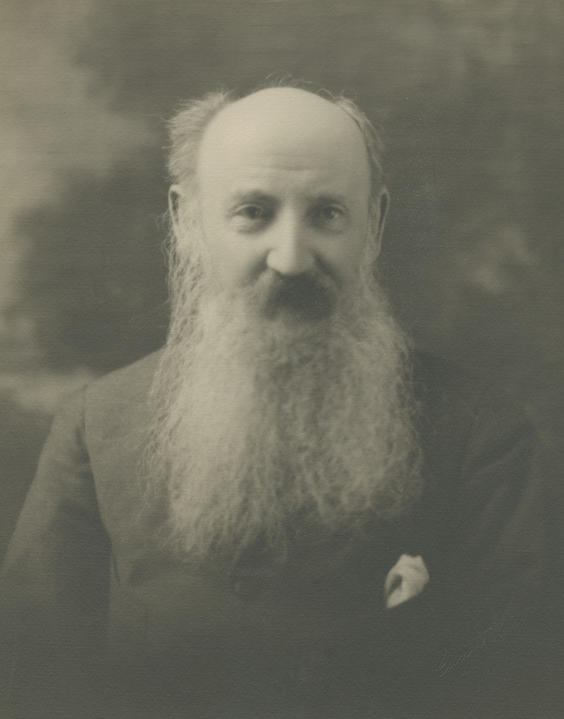 Sydenham Howe, the ninth of eleven children of Hon. Joseph Howe and Catherine (McNab) Howe, was born 3 March 1843 at Halifax, N.S. He served as a cadet and midshipman in the Royal Navy from 1855 to 1860 when he became invalided. Shortly afterwards, Howe obtained a position in the Nova Scotia civil service. He was private secretary to his father, 1869-1870 and was appointed dominion auditor for Nova Scotia in 1870, an office he held until its abolition in 1887. In the same year of his appointment, he married Fanny Westphal (McNab) (d. 1883), daughter of James Burroughs Davis McNab and Sarah (Currie), on 26 April 1870 at Dartmouth. They had six children: Mary Emilie, P. Westphal, Joseph, John, Sydenham, and Myrtle. Howe later became an agent at the Union Bank in Halifax and Sherbrooke. In 1898 he was transferred to Kentville. He was a member of the Nova Scotia Historical Society and served as its recording secretary, 1890s. He died 14 April 1929.

Sydenham Howe's personal effects were auctioned by Melvin S. Clarke, Halifax, in the 1930s, at which time the scrapbook was acquired by Miss Margaret Chisholm, Truro. She held the scrapbook until 1994 when it came into the possession of Crowley and Brayley Ltd., Auctioneers and Appraisers, Halifax. It was purchased by the archives in August 1994.

Fonds consists of a scrapbook compiled by Sydenham Howe, mostly documenting his family and his literary and artistic interests. Includes correspondence, predominantly written to and from Hon. Joseph Howe; printed and handwritten poems by Joseph Howe, Maria Morris, Mary Jane Katzman Lawson, and others; prints of engravings and lithographs, many of which depict women's fashions of the mid-19th century; newspaper clippings, several pertaining to poetry and curling; sketches and watercolours by artist Maria Morris as well as Mary Currie and S.J. Howe; visiting cards; autographs dated 1757 onwards; printed material and ephemera, including invitations, the Victoria School of Art and Design exhibibition of loans catalogue, 1887, and 1889 issue of Halifax Carnival, and three Notman photographs of John Howe and John and Mary (Currie) Ross. Also contains correspondence and other items relating to the McNab family.

Items from scrapbook have been digitized.

Other records relating to Sydenham Howe and the Howe family are found in the Joseph Howe fonds.